Ready to grow your business then listen to this podcast to find out more. 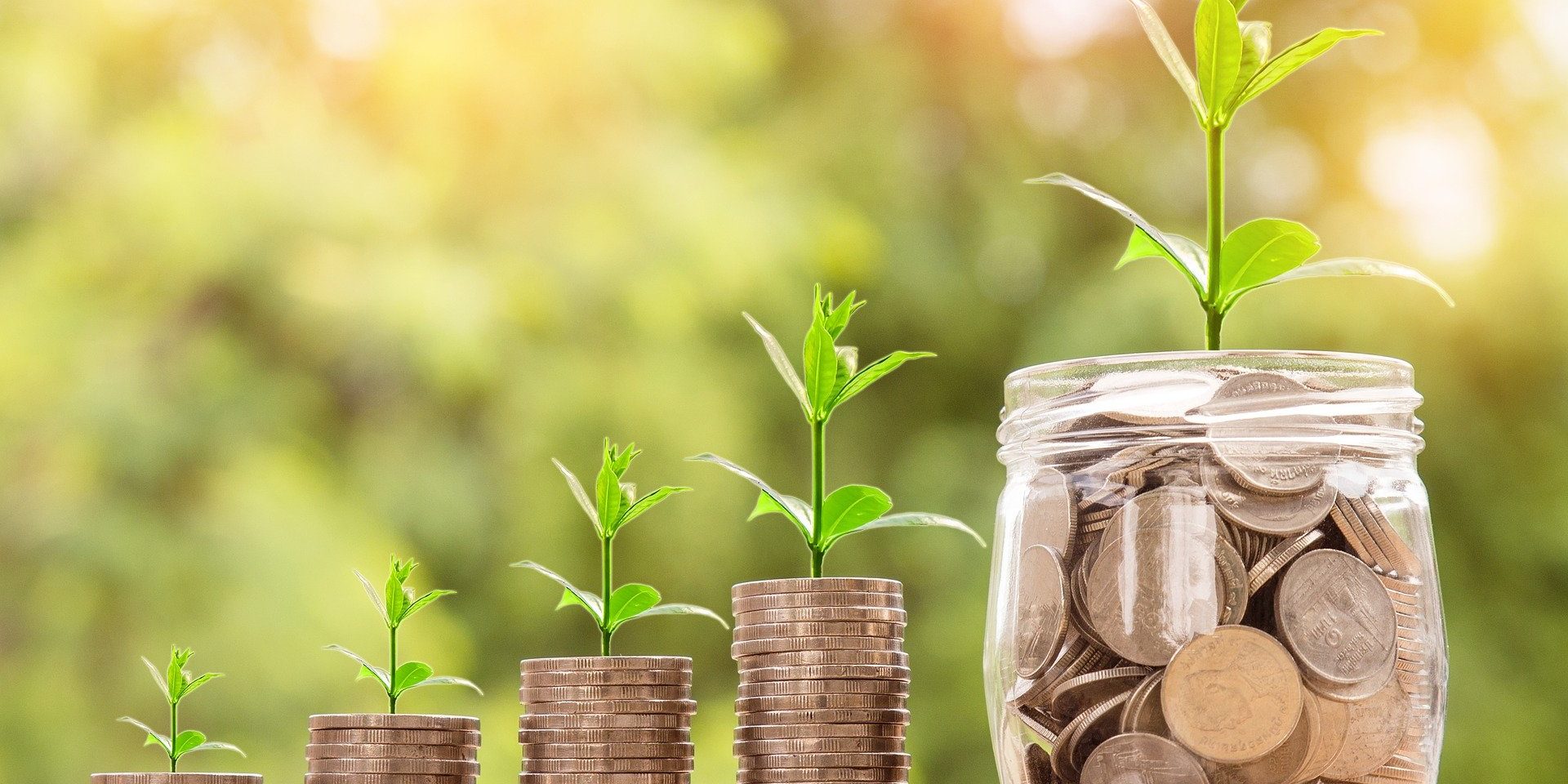 Hi, and welcome to the business channel for www.podcastmybusiness.com.au  and today we have Dr. Peter Ellis. From https://ysp.com.au/ Your Silent Partner helping you with business growing pains. How are you, Peter?

Oh, excellent, really good And lovely to hear you today on this beautiful Queensland sunny day. 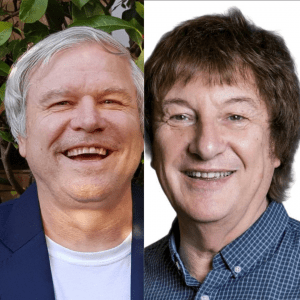 Well, it’s raining here in Sydney. But you know what? We haven’t had a blistering hot summer, which I’m happy with.

So um, okay, so I’m curious, business growing pains specialist, and we’ve had a chat before need to do all sorts of stuff to help small and medium sized businesses in particular.

Can you please clarify that?

What they do have is they have comparisons. So when people say to me, oh, this is the turnover when it’s small. And this is the turnover when it’s medium. I will tell them that for that industry it is. But for another industry, it’s something completely different. And for another industry, it’s completely different, which is why micro small and medium, until now, are meaningless terms.

Okay, right. This is a huge topic that we’re not going to get to cover today. Yes. Okay. So let’s not focus on that aspect. But on your website, it certainly is talking about growing difficulties and change and so forth.

how do you help businesses?

Okay, what is what I’ve learned over the 25 to 30 years that I’ve been helping businesses, is that the majority of businesses that want to grow, and let’s remember that about 88%, are micro and don’t want to grow.

So it’s only less than half of the ones that require and I’ve actually achieved that. And it’s the ones that are stuck in between, which is what I’ve defined and what I what I work with, that are the ones that fail,

That is true for the majority of people that are stuck in between sizes. And when you say four or five people, that really doesn’t mean anything. For example, if you were a dentist, which you were if you had been a dentist and you had a nurse and a receptionist and a secretary, and a hygienist is easy for people, but you’re still a micro business because you’re the only person bringing the money in and if you’re on holiday, your business isn’t going to bring any money in.

So the actual setup of a business is what counts, not the number of people that you have. Having said that HR human relations and being able to manage people is a very Very important part of being able to grow your business.

And there’s a theory called the theory of letting go, which originally was just talking about micromanagement, but I’ve expanded that to be actually four different parts, which is in my course, it one of the courses, essentially explains to you how to manage and what you have to do to manage people should you wish to grow. And if you don’t have it, you’re not going to get past the micro stage.

Okay, so I’ve got some noise in the background. So I’m going to fade in and out. So what are some tips to help businesses to make that leap?

It works like this. There’s many consultants that talk about mindsets, and they talk about the skills that are required. Other consultants talk about the organizational structure, or the processes and procedures that are required, or the action plans and so on. And what I’ve learned and discovered and can show in my, my thesis is that, if you haven’t got all five of those criteria, you will never succeed ever, because you need all five of them working together, depending on the size of the business.

So if you are micro business and you want to grow, you don’t need to change all five of them, what you do need to do is unfreeze your mindset of being a micro business, change it to being how you want to grow and what your new vision is. and focus on that and see what extra skills you need. And what you’re doing is you’re working harder, but you’re more profitable. And that’s fine, because if that’s what you want to do, there’s nothing wrong with that. So that’s, as it were stage two in the growth. But if you decide you want to grow further, and this is where the vast majority of growing firms are stuck, you have to totally change a whole number of things.

And those things include being able to be a manager instead of one of the staff, being able to reduce your micromanagement and let people know what’s expected of them. For example, again, with dentists, that now I know a dentist and a few dentists, who have got two or three other dentists working for them. And I know doctors who have got two or three other doctors working for them. But the problem is that those dentists and doctors only want to work two or three half days a week, which is fine. And there’s nothing wrong with that.

Alright, that’s great. So we’ve obviously, you know, coming out of the back of the epidemic. And it’s been lots and lots of changes. And I would say there’s been lots of opportunities. So that example you’ve just given does this give us an opportunity, you can go to someone and go, look, you know what, I’m now focused on the business. And the current circumstances have forced me to do that.

So it’s always good to have cover, because I know people who have family businesses, treat employees like family. However, we need to change and adapt, and you need to start doing this number of hours per week, if you don’t feel that you’re up to doing that, then I have to get somebody in who can. 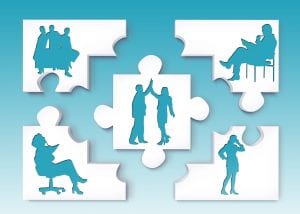 So they’re not bringing in enough. They don’t appreciate and realize that it’s now a small business is not just you working, it is a business and you have to think of it as a business and it has to behave as a business. Yeah, it’s funny. We’re gonna do that.

I get asked for lots of free advice and my other business in particular. I, I stopped, I just got really annoyed if people keep asking me, SEO and ads and stuff like that, and I got sick of people asking me all this help, will it help? So now I just say, Look, I’m running a business. So I’m happy to help you, but I’m running a business, and I’ll invoice you if you want.

That’s, unfortunately, that’s way it has to be because you are running a business, and you can’t do things. I mean, yes, you can give. Now solicitors say, Okay, the first consultation is free. So we can see if we get on and you’re happy. That’s fine. That’s a loss leader. It says, you know, the opportunity cost and so, but you’re a business, and you have to behave as a business.

That’s why a lot of accountants closed down, because they don’t realize they’re a business. They do some work. And then they say, Oh, I haven’t got this, that and the others, they put it aside, they do some more work, oh, I haven’t got enough, and they put it aside and so on. And they do loads of work, and they don’t get paid for it because they haven’t organized themselves properly. And that happens all the time. All the time.

So yeah, you have to treat your business as a business. And that requires stepping up. But other products that I have in relation to setting up podcasts are I’ve increased the price on that because someone pointed out, I wasn’t charging enough. And I thought okay, and I’ve had no resistance from changing the price.

Yes. That’s the most interesting point you’ve made. Because you feel that you’ll get resistance. But when you do it people say well, fair enough. We know you’re doing a good job. And we expect to pay for that.

Yeah, yeah, exactly. I’ve been undervaluing my service. And I want to undervalue it at all. And you know, it’s funny, because when you’re part of a larger organization that does charge a fair whack of money, they’ve got lots of mouths to feed. It’s why you charge until people squeak.

They’ve got other expenses that have to be covered. That’s really what it is, as indeed you do, but your expenses aren’t. So your rent. It’s not like a massive building in the city.

So just a quick tip. So for business owners are listening and thinking, Well, okay, look, you know, I’ve got myself and the missus, sort of working in the business. And I’ve got a couple of staff members and whatever. Is it time to take the leap? They should be talking to you to find out if it is time to take the leap?

Absolutely. Because a lot of people don’t really know where they are in the business, what the business is doing, how the business is doing. And that’s one of the first things that I do. I show them how to basically take control of their business so that they can make decisions from that information. And it’s very simple.

So yes, if people come to me, the first thing I do is pointing them towards my courses, which are on my website under training. And once they’ve sort of like been through a little bit of that, and they say right now I’ve got an idea. I can then guide them as to which consultant they need or what work they have to do, or what’s required of them to take them to the next stage. 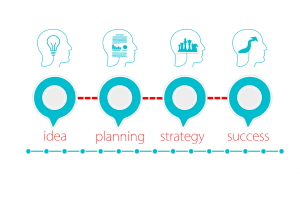 Fantastic. Yep. And I always say there’s no such thing as stupid questions, only stupid answers.

Or it’s more stupid not to ask you a question than to ask a stupid question. Yeah. Yeah.

I was talking to somone today who is 23 years old about businesses. Look, there’s two things you need to think about. One is, don’t be afraid to give something a go. And always be curious. Always ask lots and lots of questions.

Yes, because there’s always going to be people will be happy to talk to you and tell you that the only trouble is you got to make sure that the person telling you that knows what they’re talking about.

Thanks very much for your time.

Absolute pleasure, lovely talking to you.