For pregnant women low caffeine, coffee. doesn’t taste like shit delivered to you 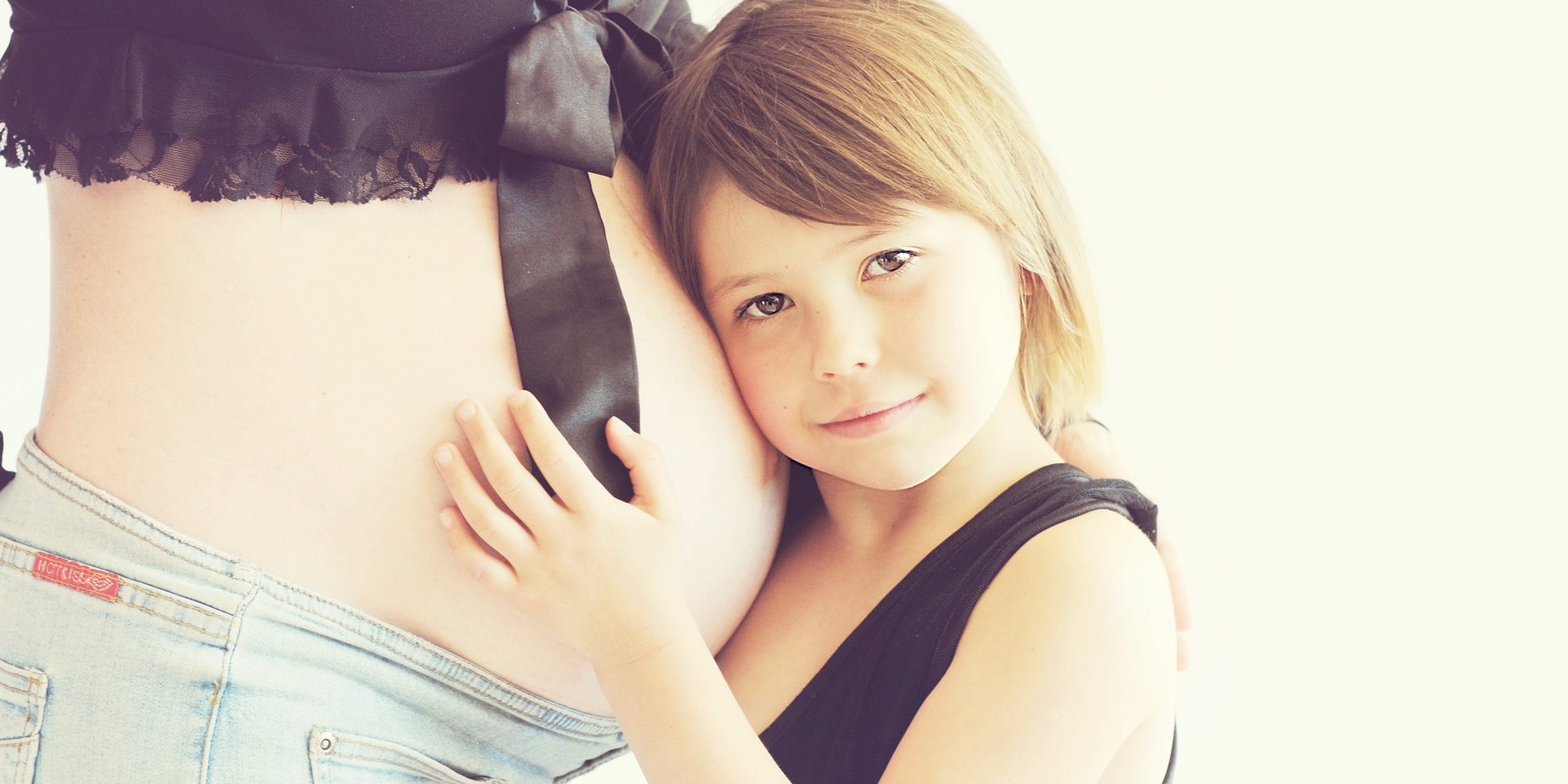 For pregnant women low caffeine, coffee. That doesn’t taste like shit delivered to your door.

Hi, and welcome to the podcast on podcastmybusiness.com.au. And today we have Laura Bray from www.second-cup.co. It’s one of those tricky little URLs. Hi, Laura, how are you doing?

Hey, Tony, I’m doing really well. How are you going? 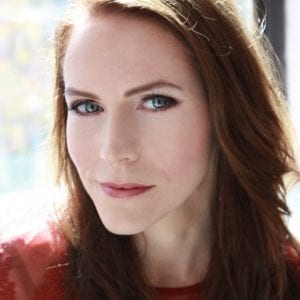 Oh, look, you know what? I don’t like dating and timing my podcasts. I like them to be evergreen. But the reality is, I’m in Sydney, you’re in Melbourne, we’ve got this event, the events going to be around for a while and we’re going to be talking about it for the rest of our lives. So let’s just say we’re in the middle of the event. We are in the middle of the event. I’m in lockdown and I don’t think you are at this stage. Now we have some restrictions but were in one of the big shopping centers yesterday for lunch and school holidays and the place was jam packed. I couldn’t find any way to park.

Yeah. So we’re lucky, you guys are suffering even more. But what intrigues me about your business is that you’ve started a business at the beginning of the event, and you deliver coffee to mother’s door at door.

Correct? Yeah. Yeah, some people call it crazy. But you know what I think there is, like a lot of things in life. I think there’s never always excuses or reasons. Why not if we’re really good at talking ourselves out of things, and I kind of I co founded this company with my brother and we really wanted to talk ourselves into something and instead of looking at the hurdles, kind of looking at, what, how we could utilize the time that we’re in, or the event that was happening and, and how we could use that to our advantage, I guess to to move forward and to launch this business that we’ve been thinking about for a while.

Yes, interesting. One of the most well known entrepreneurs and billionaires is Richard Branson, and he’s got a book called, screw it, just do it.

I recommend everybody read that book. It’s a small book, so it doesn’t take much to read. But he said, Look, just just jump in, just dive in. It’s like, when is the best time to launch a business or when you can?

Exactly and we’re not getting any younger and there’s always going to be things popping up and we kind of I live overseas generally. And we were planning to launch it from this so all of our work would have been virtual anyway, we it would have all happened between us over zoom and phone calls and things like that. So even though we’re now in the same city, it still happens that way, you know, so it didn’t really change how we foresaw the initial beginning of this business for us.

Yeah, so what have been like so all just say what it is that you do is that you provide no Hello, I pronounced that word. Thank you. nice, friendly, low caffeine, spore small batch coffee. That doesn’t taste like shit delivered to your door.

Essentially, when women are pregnant, especially even leading up to pregnancy when they try to get pregnant when they’re breastfeeding, it is recommended by health care professionals that they should be having a maximum amount of about 200 milligrams of caffeine a day. So that equates to about, one nice espresso, one nice flat white, a latte, something like that. And I know for myself, generally I drink at least two coffees a day. And when I was pregnant last year, I really noticed I was still working, I was working long hours, and I really wanted more than one cup of coffee. So I noticed that was something that was really lacking the ability to find really good quality coffee that I could keep drinking. Well, Rebecca drink through the day and have a second couple. So that’s kind of where it came from. And app coffee is low caffeine. So it has about five to seven milligrams of caffeine per cup, depending on how it’s prepared. And it’s a really great tasting coffee that tastes like it’s full strength caffeine, but it’s it’s very low in caffeine so you’re able to have a second cup throughout the day. It’s also the way the caffeine is extracted from the coffee is through a swiftwater process. So it means that it’s the caffeine taken out through a natural process. There’s no chemicals involved, which is what is often used to extract caffeine from coffee. And so it’s also a great alternative for reducing the amount of chemicals that you’re getting when you’re pregnant or when you’re breastfeeding. 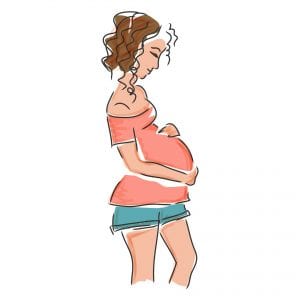 Just want to touch on that. So decaf is generally a chemical process.

Yes, there is some people starting to do chemical free versions and that’s where the Swiss water extraction process comes in. But you don’t always know that. I think when you’re getting a decaf coffee at a cafe, or at home, you kind of waste how what you’re getting what how that caffeine has been extracted. So we were really careful about finding and working with a roaster that use the Swiss water extraction method Just we’re really careful about we’re able to say to women, you’re not ingesting chemicals while you drink this,

huh? So I have a walking group called coffee walk and talk. We go out we have walked on tomorrow. And so I just have a normal cappuccino.

But there’s plenty of other people that have choices and are like winding up. The waiters and waitresses would look I want to Yak milk? No, the coffee coffee’s,

right. I’m sure they love that.

Hopefully, at this point, our coffee is being home delivered at either veins or pre ground to our customers at this stage is not in cafes. So we’re hoping that’s something for the future. But at this point, it’s time delivery at the moment. But eventually one day it would be great if you could go enough at a cafe for a second cup.

Well, I I’m confident we’ll get there. And so you’ve got all these challenges and certainly something online that can be done. delivered to somebody’s door. huge advantage there.

Yeah, it kind of did work out that way. Especially as we’re not a brick and mortar store we’re not, there’s not a whole lot of person to person contact going on, which really does work in advantage. And I think especially when we are stuck at home, depending on the level of restrictions on where we are in, in Australia, sometimes getting to the cafe to get your coffee isn’t allowed or doesn’t feel safe. And I know if I haven’t quite a few friends that have pregnant at the moment or have just had children and I know having living in a time with this virus is incredibly stressful for them. So I think the fact that we are able to bring something that’s really useful and hopefully enjoyable to women that are in these positions and do it without any kind of contact has been really positive for us.

And there’s always that paranoia about pregnant women what they can what they can’t do where they can when they can’t go to time hands I can and can’t shake people that can go and see and what have you. And you mentioned breastfeeding as well. Especially when you have your first child, you don’t want anyone need them. grandparents Yes, you can come in for five minutes once a week. Right? You can all stand around the creep and have a look and what have you so it helps deal with that as well.

It does it does it does help deal with that and I think it’s also so we forget often forget about the mountains during this process. And there’s the excitement of the new baby and there’s the baby gear. And we really wanted to provide something that guy’s mom to some self care and something special because I think they’re often forgotten about in this process. So we’re really hoping that this can be something specifically for Mum, and something that she can kind of take time out of her day for. Hmm 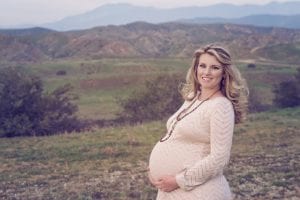 I don’t know if you’ve seen Monty Python’s the meaning of life. I have It’s been a while but I’ve definitely there’s that scene where the pregnant mother is lying on the bed. And they’ve got the machine that goes ping and she says, What do I do Nothing dear. You’re not qualified. So yes, true.

kind of near the incubator and, and do the work and that’s it and yeah, so I think there’s so many great products out there for for babies and we’re hoping that we can really provide something special for the moms as well. Yeah. So we’re hoping we want to take care of the moms.

Absolutely. And look, you know, it does show that in a time of change and uncertainty, you can still find a niche for a business idea and a business idea that will hopefully take off and obviously want to get yourself into the hospitals and things like that. Eventually, Right allowed to do that. It’s a great idea. It just shows that Yeah, you can launch even now.

Yeah, we’re really it’s It’s been a really interesting process. And I think I’m hoping that we’ve been able to utilize the event, the life event, the global event that’s going on, to help us move forward in the way that we’re like, oh, How does this beriah make us more inventive and more creative? And how do we connect with our customers when we can’t in person?

sorry. I’ve been saying all along to everybody, don’t panic, keep marketing that has to be the number one thing that you’ve got to do. Right. And I think especially when you’re a new and fledgling company, that’s important. And I think on top of that, when we’re all stuck in our houses and we can’t connect on a physical level I think that’s when social media that’s when different platforms that we have available really come into play, you know, and we realized that we can still connect in ways that are not necessarily in person. 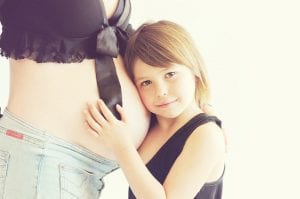 Great. Well, thanks very much for your time I look forward to winding up waiters and waitresses in the future with my low caffeine, small batch coffee that doesn’t taste like shit.

I’m looking forward to you asking for that.

I’m gonna do it tomorrow. Anyway, just for fun.

Amazing. Thank you so much for any it’s been great to chat with you.

Alright, thanks for your time. Laura.